This video will make you think about what is yours and what is mine, what we keep and what we share, and how the web changes everything.

Posted by Anonymous at 9:44 AM No comments:

If you have Google Earth version 5 installed on your computer, there is a new feature for you to check out! This new feature allows you to go back in time to see changes in the landscape over time. Turn on this feature by clicking on the clock icon on the toolbar OR by going to View > Historical Imagery. A time line slider bar will appear just under the toolbar. At this time, most of the oldest images are concentrated in the United States, but more will be added in the near future.

Check out the Las Vegas strip in the 1950s or see the World Trade Center in Manhattan prior to 9/11 (or just after).  Soon we'll be able to see the effects of things such as the deforestation of the Amazon, or WWII.   NEAT!

Read more about historical imagery on Google's Lat Long Blog.  Check out the video showing the Aral Sea in Central Asia, where irrigation and water diversion has led to a dramatic shrinking of the lake beginning in the 1960s and continuing today.

Here is an image of San Francisco... same exact place in 1946 and 2010 (I took screen shots when using Google Earth). It's way better when you view directly in Google Earth, because you can zoom in and out, but his will give you an idea of they type of images you can see with the historical images feature. Notice the boats in the 1946 image and the high rise buildings in the 2010 image. 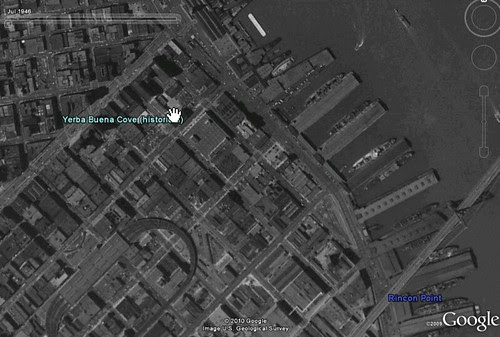 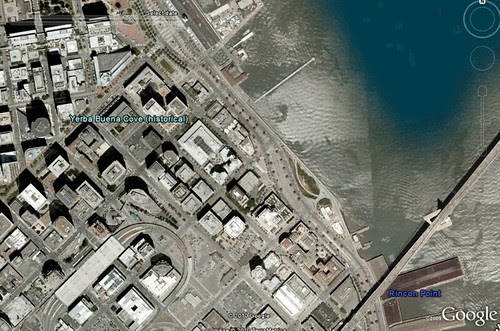 Posted by Anonymous at 5:47 AM No comments:

A 6th grade teacher from California, Eric Marcos, facilitates a project that I believe is noteworthy. His students are creating instructional videos/screencasts and posting them online for anyone to use. We all know that when you teach someone something, you develop a deeper understanding. Marcos created a website called Mathtrain that allows them to publish their work and collaborate. Assessment is authentic and the work is motivating.  All videos are licensed with a Creative Commons license.  See example below.  Mike is showing & explaining how to estimate square roots. 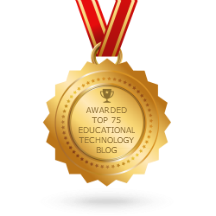 Sites to Check Out